We operate London’s only BHA Class 1* Hyperbaric / Diving chamber. Our Hyperbaric chamber in East London is at Whipps Cross University Hospital, part of the Barts Health NHS Trust. Situated by the edge of Epping Forest near Leytonstone, and beside the A12, it is conveniently accessed by tube, bus and car.

The unit is certified according to internationally recognised standards. Available to treat sick divers, as well as the elderly and ill, it is a state-of-the-art chamber purposely built for clinical use in Hyperbaric Oxygen Therapy (HBOT).

We are regulated by the Care Quality Commission and provide a safe and patient-orientated service in close collaboration with emergency medicine and critical care consultants at our host hospital.

Our mission is to deliver safe high quality hyperbaric medical care, treatment and training in a timely, cost effective and efficient manner. A highly motivated team of enthusiastic, dedicated professionals work together in a pleasant environment for the benefit of the patients. 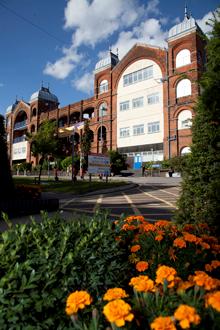 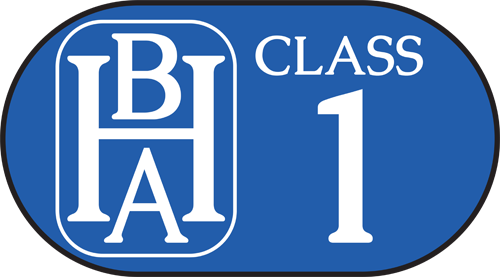 History of the London Chamber 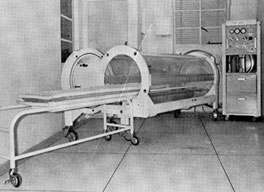 Vickers Monoplace Chamber Nr. 001. The first chamber ever manufactured by Vickers UK for hyperbaric use. Built in 1965, last used in 1998, now in the British museum.

The Hyperbaric Unit at Whipps Cross Hospital was the first department of its kind in London; and by the 1990s it was the last. It was established from the beginning as part of the National Health Service.

The Hyperbaric Unit was founded in 1965, as a research facility for Vickers, using the first monoplace chamber produced by them for clinical use. This chamber remained in clinical service until 1992, when it was sold to the Wellcome Foundation as a piece of medical equipment history.

In September 2000 after a European tendering procedure lasting 18 months the contract for a Private Public Partnership with the Whipps Cross University Hospital NHS-Trust was awarded to London Hyperbaric medicine Ltd.

Construction of the modular prefabricated building commenced in October 2000 in Bremen – Germany, and the whole unit together with the pre-fitted Therapy Chamber arrived at the hospital on the 30th January 2001. The bulding was assembled by the Feb. 6th and the Hyperbaric Chamber System comissioned on March 31st. London Hyperbaric Medicine Ltd. treated its first patient on April 1st 2001. 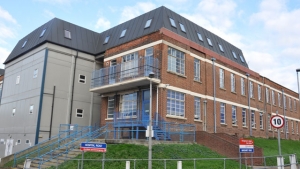 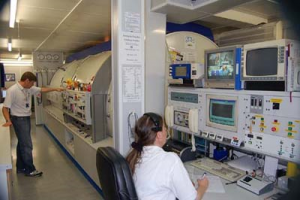 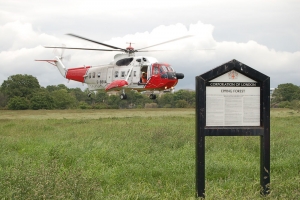 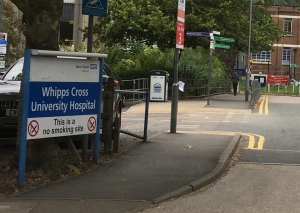 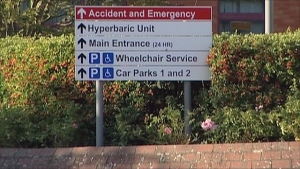 Location of the London Chamber

Our London Diving chamber is conveniently located for both public and private transport users.

Because parking on the hospital site is limited, we encourage patients and visitors not to travel by car wherever this is possible. 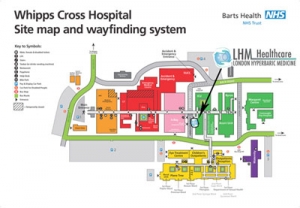 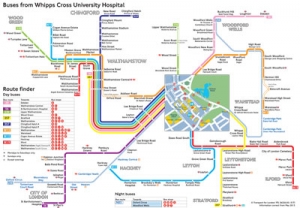 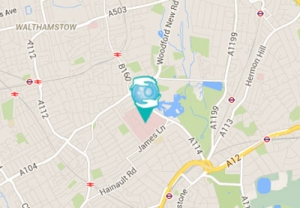